We’re getting ready to open our doors again and we’ll be sharing dates shortly. In the meantime, we’ve got a comprehensive plan to keep everyone safe. Take a look. 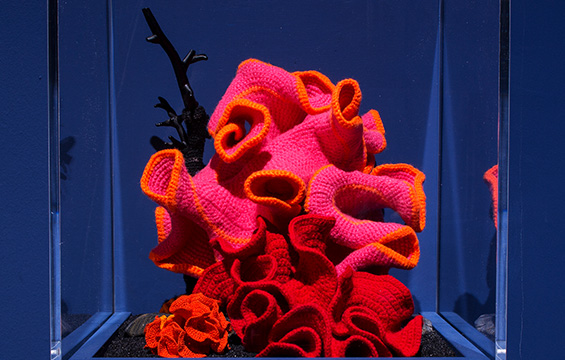 The story behind this global community art project

Global warming is destroying the ecology of living reefs. That’s what drove science writer Margaret Wertheim and artist Christine Wertheim, twin sisters from Australia, to create the Crochet Coral Reef project in 2005. They realized crochet has an amazing ability to mimic the mathematically unique forms of reefs while bringing crafting and science education together.

The Crochet Coral Reef calls attention to the devastation of living reefs due to climate change while exploring the beauty, science and vital importance of reefs through a community crafting art project. The Wertheims’ Crochet Coral Reef travelling exhibition has been presented around the world, inspiring community activism, environmental awareness, and math and science learning.

In addition, through a participatory program the sisters designed, more than 10,000 people have crocheted more than 40 community-based Satellite Reefs—from Chicago, New York, London and Melbourne, to other sites across England, Ireland, Latvia, Germany and the United Arab Emirates.

Margaret and Christine founded and co-direct the Institute for Figuring: a non-profit organization that hosts the continuing evolution of the Crochet Coral Reef project.

The Ontario Science Centre is honoured to become the home of a new Ontario Satellite Reef—the latest addition to the ongoing global network of Satellite Reefs.

The Crochet Coral Reef travelling exhibition is scheduled to come to the Ontario Science Centre to complement the Ontario Satellite Reef in late 2020.

Learn more about the project 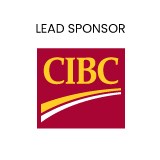