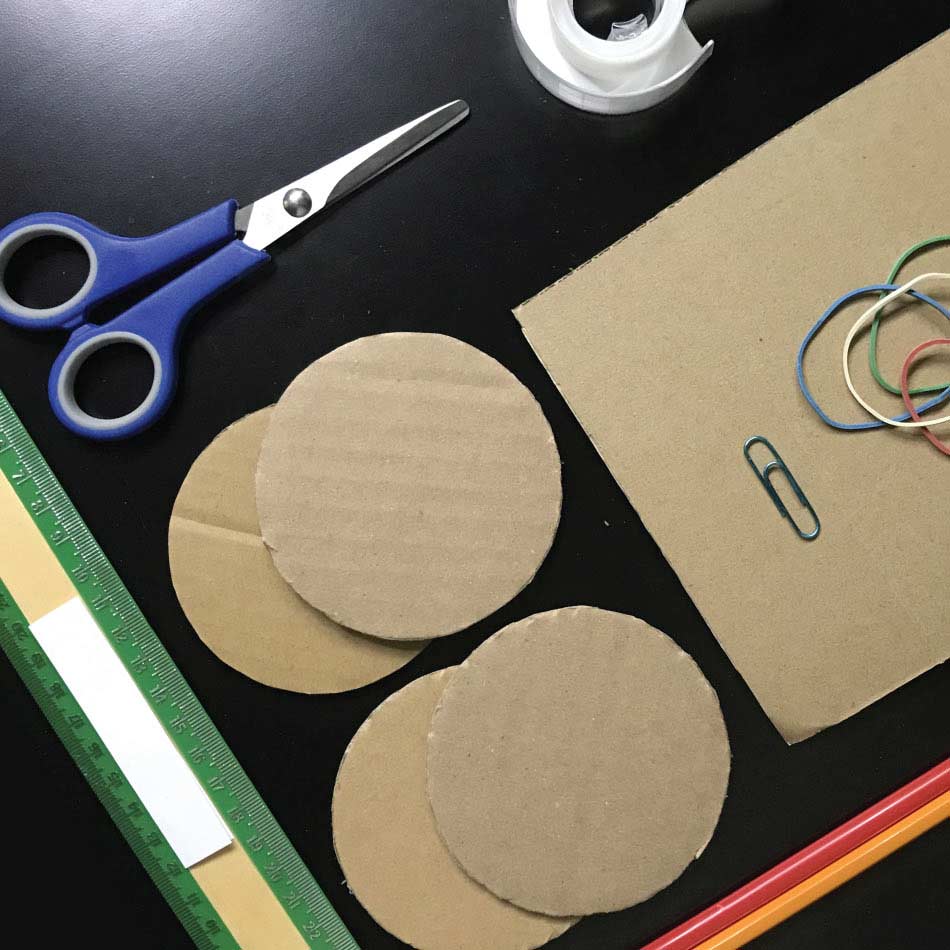 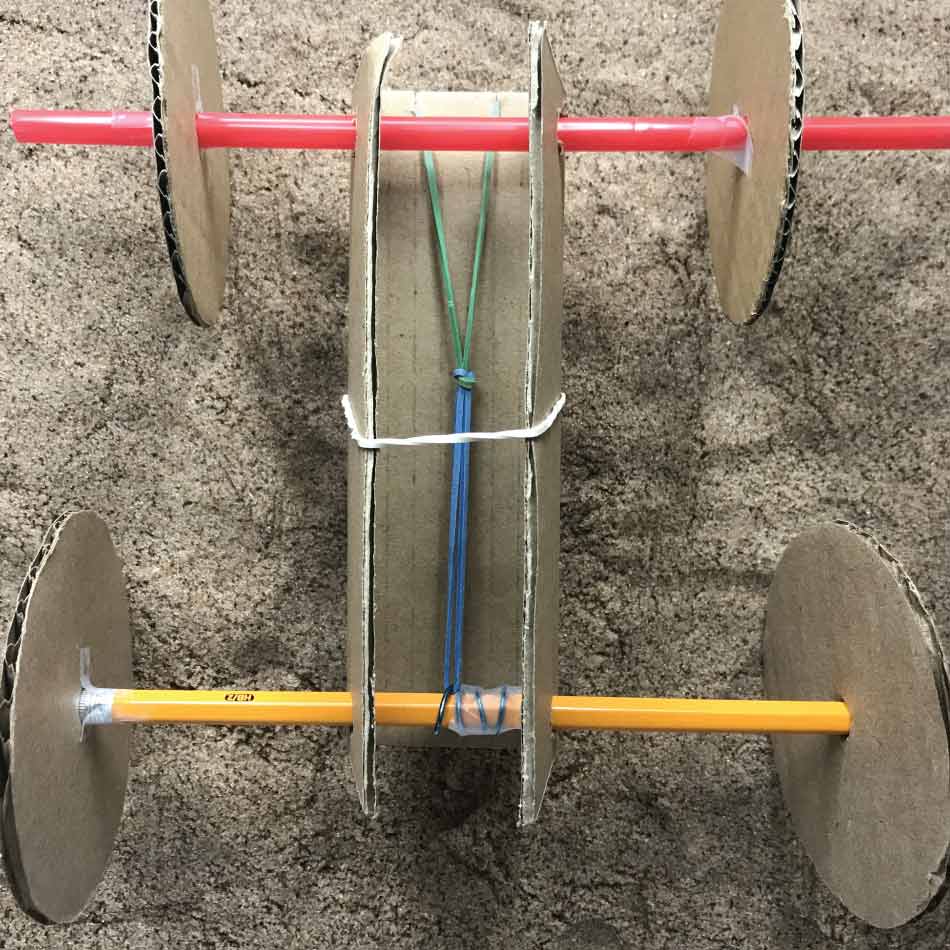 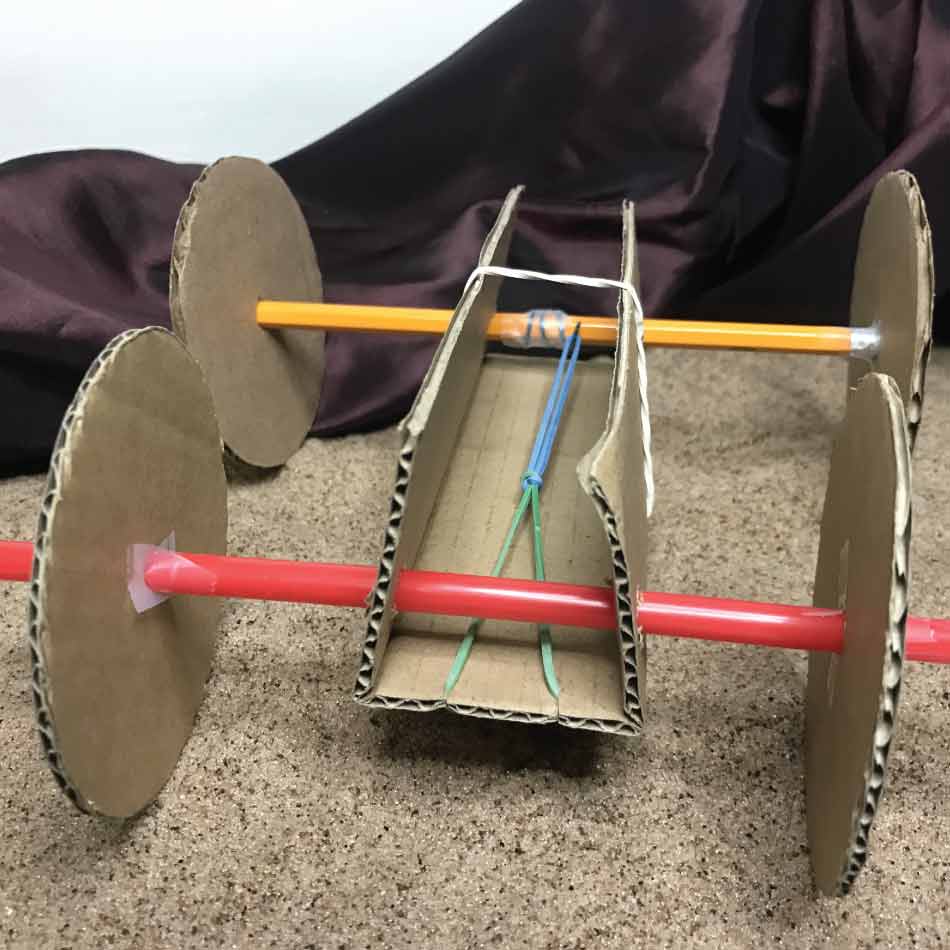 If the rubber band on your rover is delivering too much power to the wheels at once, the rover might go into a spinout. This is caused by the wheels spinning too quickly to grip the surface below. There are two things you can try to reduce the tension in your rubber band:

Another important factor to consider is friction, which is the force of resistance between two objects in contact with each other. For the rover’s wheels to spin effectively, the friction that occurs between the axle holes and the axle should be minimal. The friction between the wheels and the surface beneath the rover, known as traction, is also key. Without enough traction, the wheels won’t be able to grip the surface. Instead, they will spinout just like a car stuck on ice or snow.

There are a few things you can try to adjust the level of friction: 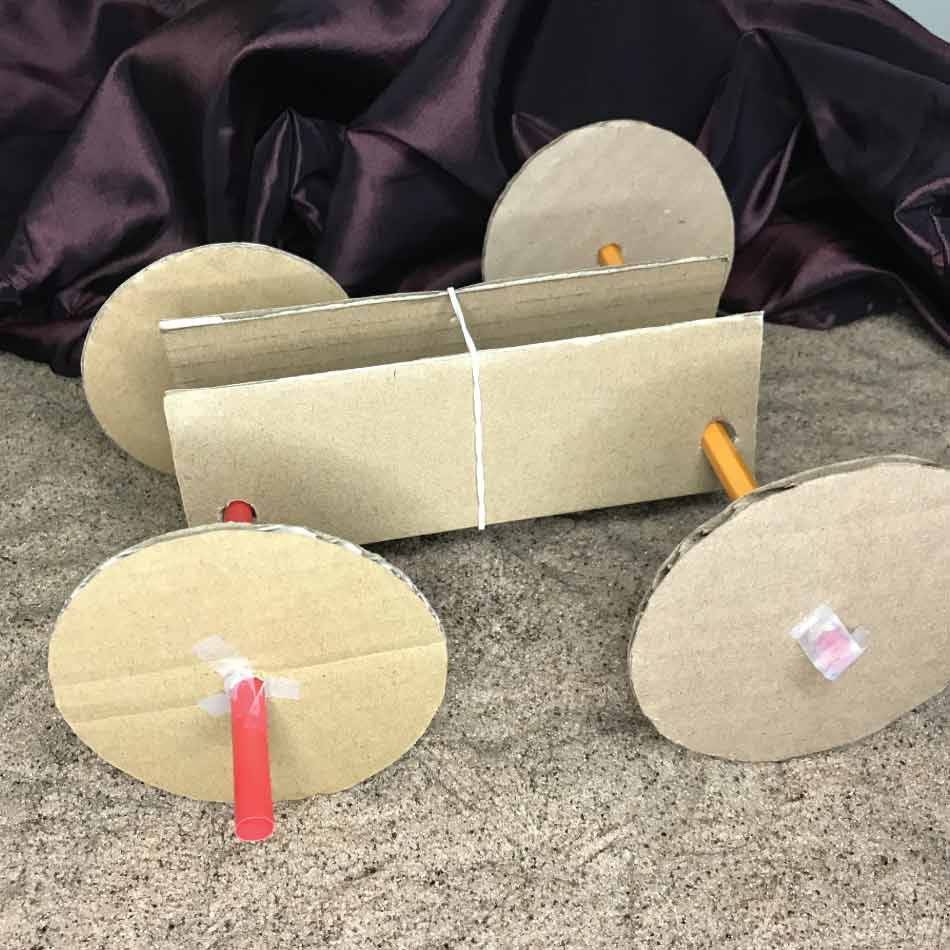 About Perseverance, the Mars rover

Rovers are similar to snowmobiles and dune buggies. They have powerful engines and good traction, are very stable and do not need a road to drive on.

The wheels of Perseverance, a NASA Mars rover, are made from flight-grade aluminum. These wheels are narrower and slightly larger in diameter than NASA’s previous Mars rover, called Curiosity. They have titanium spokes and 48 gently curved treads (also called grousers). These treads help the rover drive on sand and withstand pressure from sharp rocks.

Perseverance will face two major challenges on Mars. The first is Martian dust storms, which can last for weeks or even months. This dust is very fine—like talcum powder or cornstarch—and slightly electrostatic, causing it to stick to everything. The second challenge is the planet’s harsh and uneven terrain, which may damage the rover’s wheels.

The solar panels and gears on Perseverance will be vulnerable to Martian dust, while its wheels may be damaged by the Red Planet’s terrain. Mechanical issues or wheel failures have the potential to end Perseverance’s mission early.