The Science of Fireworks

Explore the chemistry behind the dazzling lights, sounds and colours 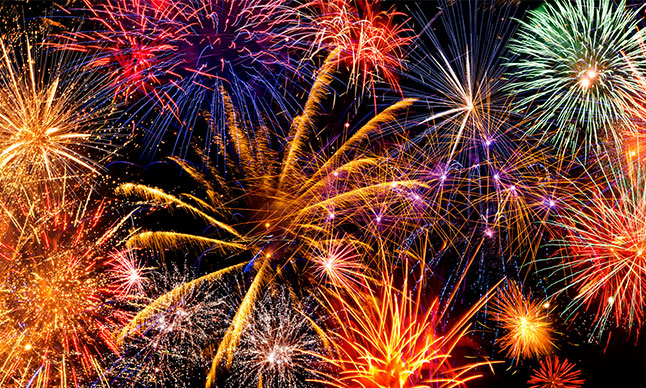 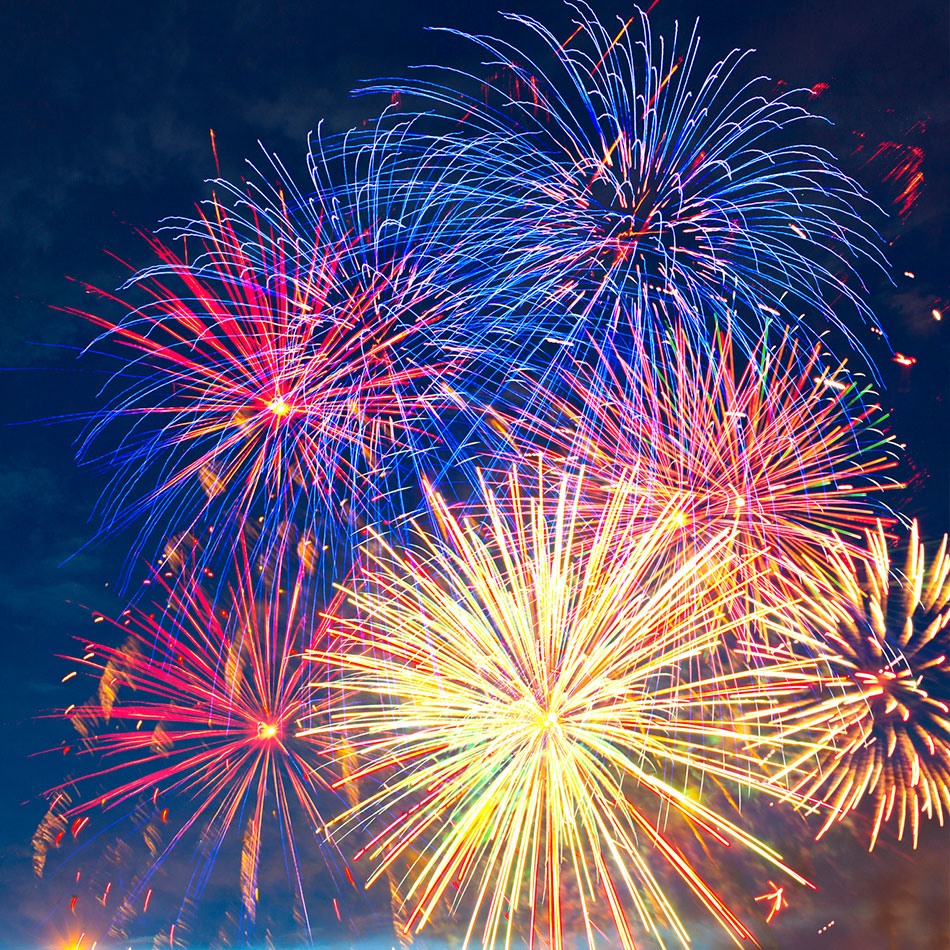 How do fireworks function?

The explosive, colourful displays made by fireworks are the result of several different chemical reactions. There are many different types of fireworks. One of the most common types of commercial fireworks that is often used in public fireworks displays functions similar to a rocket.

When ignited, the black powder reacts to create hot gases and lots of energy. These forces launch the shell out of the tube it is sitting in, also known as the mortar. The shell is filled with small pellets, known as stars. Once the firework reaches a certain height, a second fuse, sometimes called the timed fuse, ignites and activates the burst charge. This sets off the stars within the firework, which explode into a dazzling display of colours, sounds and other effects.

The appearance of each firework depends on what type of stars it contains, and on the size and amount of these pellets. Some stars contain metal salts, which produce brilliant colours, while others contain different chemical compounds that cause dazzling light effects, like strobing, sparkling and more.

Some stars even include chemicals that cause special sound effects. Potassium chlorate results in a louder sound, while the use of bismuth creates a crackling or popping effect. Other compounds can be packed tightly into a tube to create a slow burn. The result is a slow release of gas that creates a whistling sound within the tube. 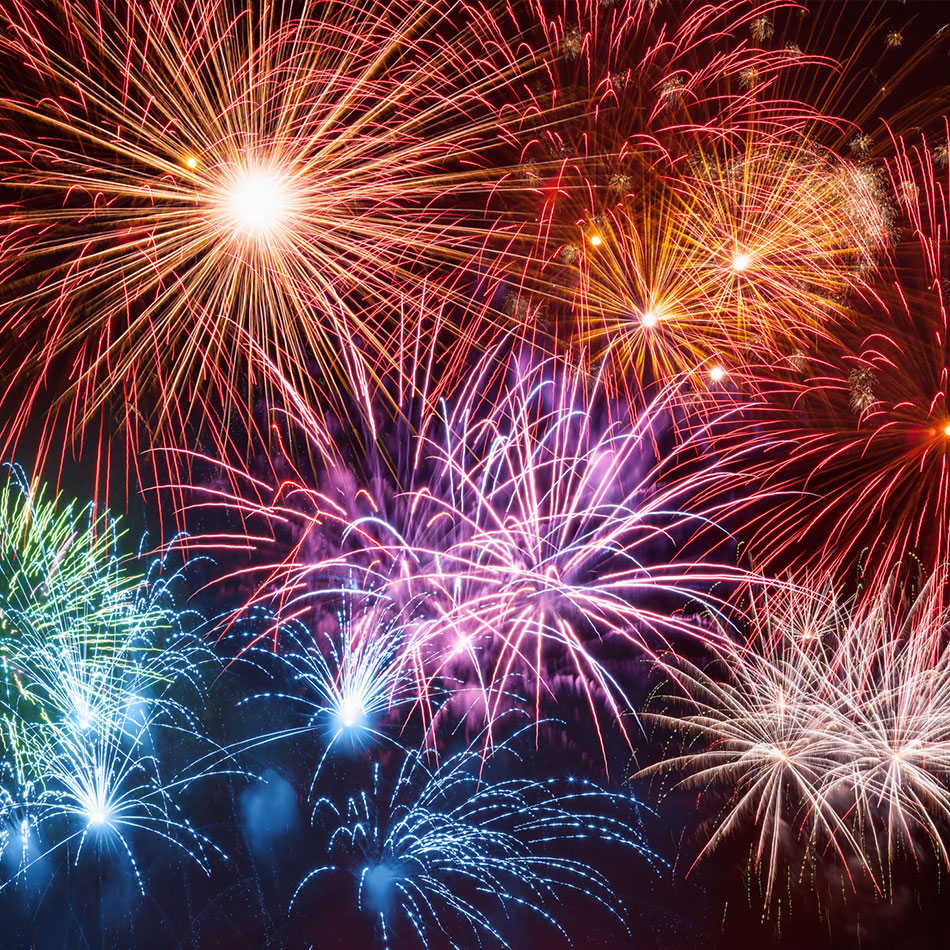 The stars inside fireworks are made of metal salts, which are powdered combinations of metal and other chemical components.

When the stars ignite, the metal particles (in the metal salts) absorb a huge amount of energy. Once they begin to cool, the particles emit this extra energy in the form of light. The colour of this light depends on the type of metal:

The first fireworks were made from gunpowder packed into long, narrow bamboo tubes. The resulting boom was thought to scare away evil spirits! 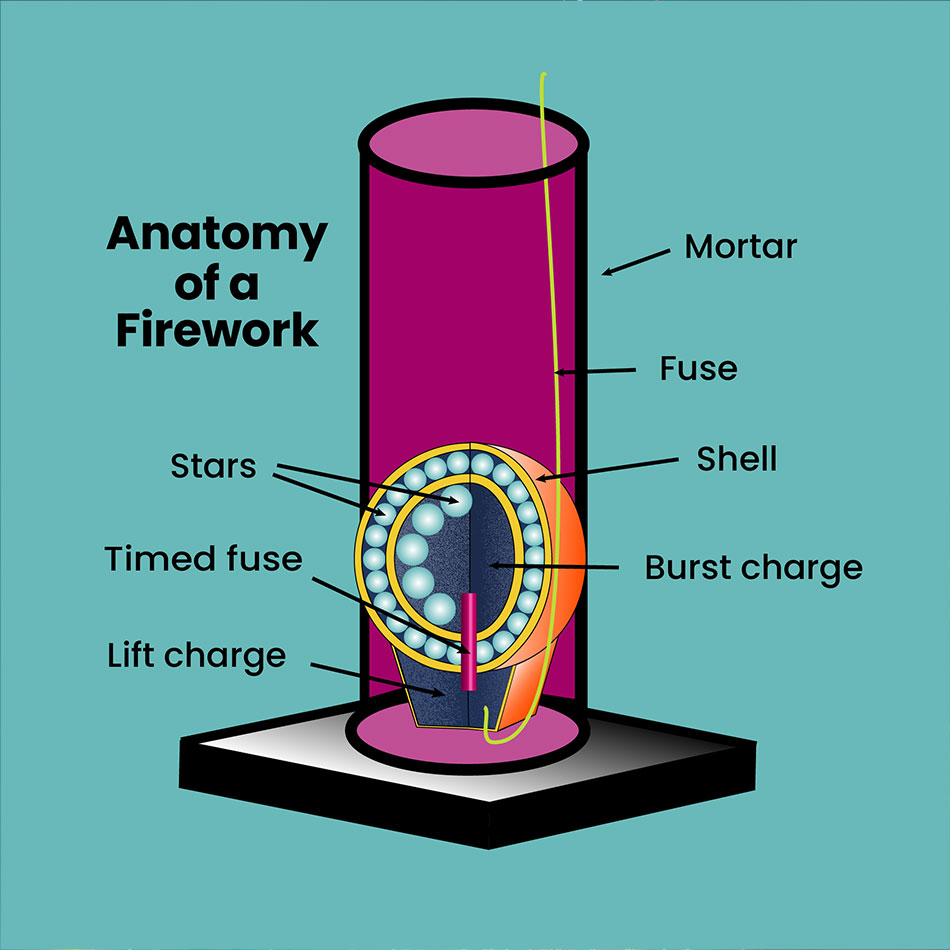 Anatomy of a Firework

Mortar: This tall cylinder holds the shell until it is launched.

Shell: This often comes in the form of a paper sphere packed as two halves. It is filled with stars designed to produce a specific effect in the sky. The bottom of the shell contains a lift charge that launches the shell out of the mortar.

Fuse: This fuse carries heat to activate the black powder.

Lift charge: Located in the bottom of the shell, this charge is made from black powder. When ignited, it launches the shell out of the mortar and into the sky.

Black powder: Invented in China over 1000 years ago, this is a type of gunpowder made from 75% potassium nitrate (saltpeter), 15% charcoal and 10% sulfur.

Timed fuse: This fuse activates the burst charge within the firework.

Burst charge: Located at the centre of the shell, this ignites the stars within the firework.

Stars: These small pellets are made of chemicals, such as powdered metal salts. When ignited, they create the firework’s special sound and light effects.