Make an origami finger game that erupts with volcano facts. 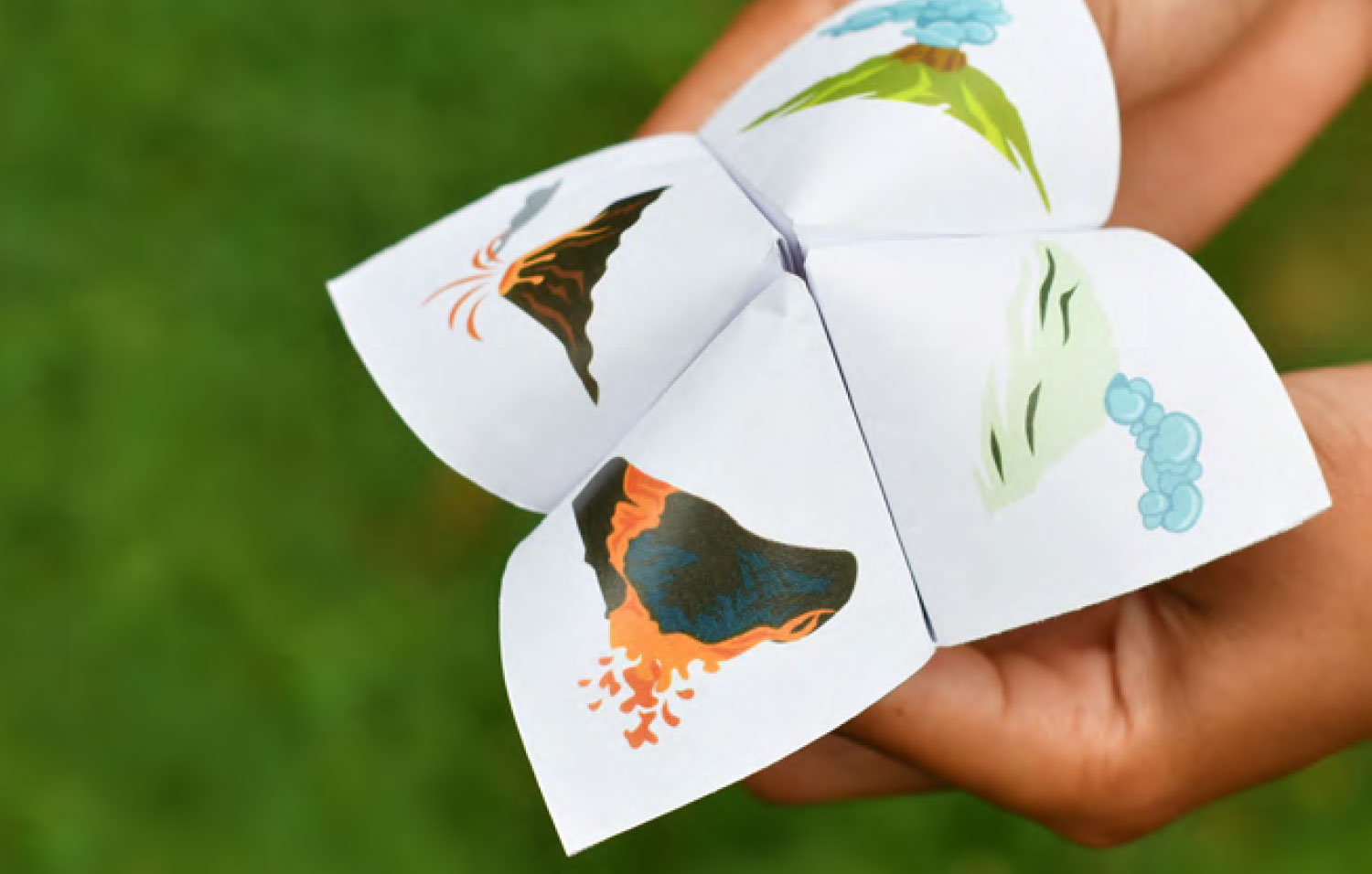 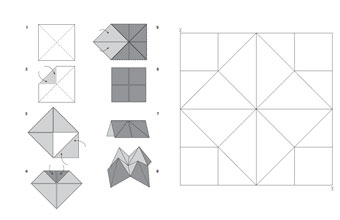 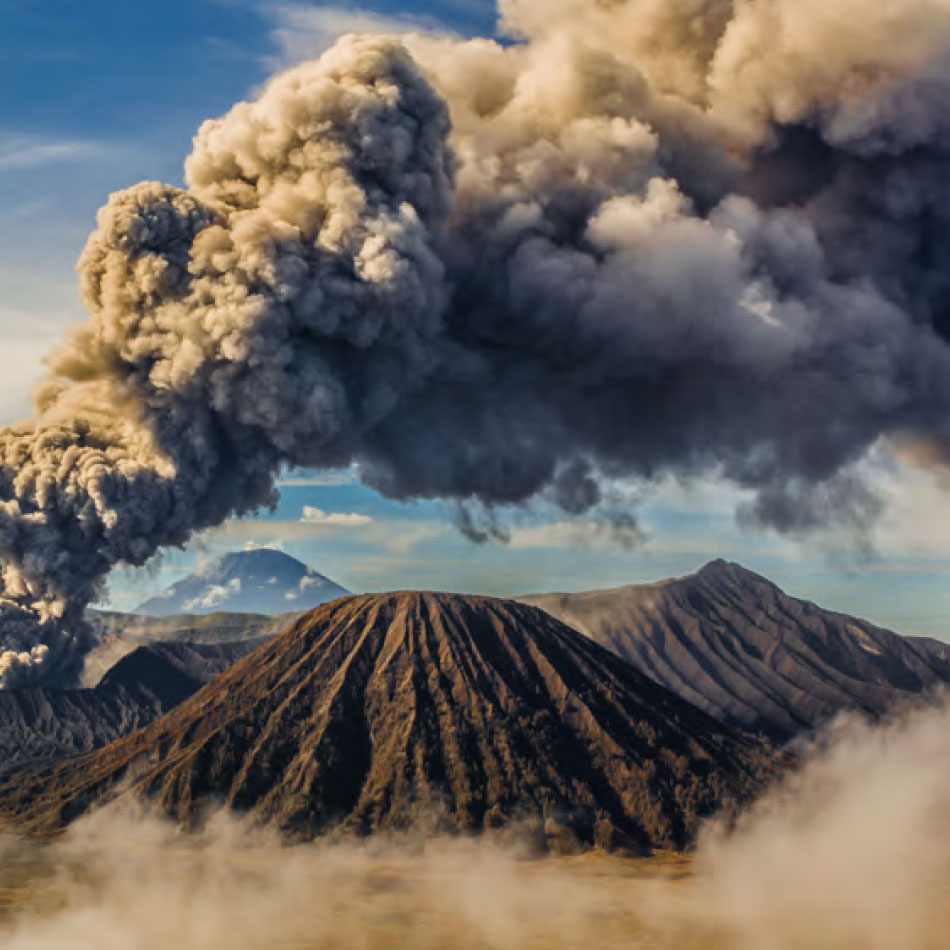 Volcanoes are formed when molten rock, gas and ash erupt through fissures in a planet’s crust and onto its surface. Some volcanoes don’t see any action for 10,000 years or more—they are not active—but others have dramatic explosions, throwing hot gases, ash and liquid rock into the air. 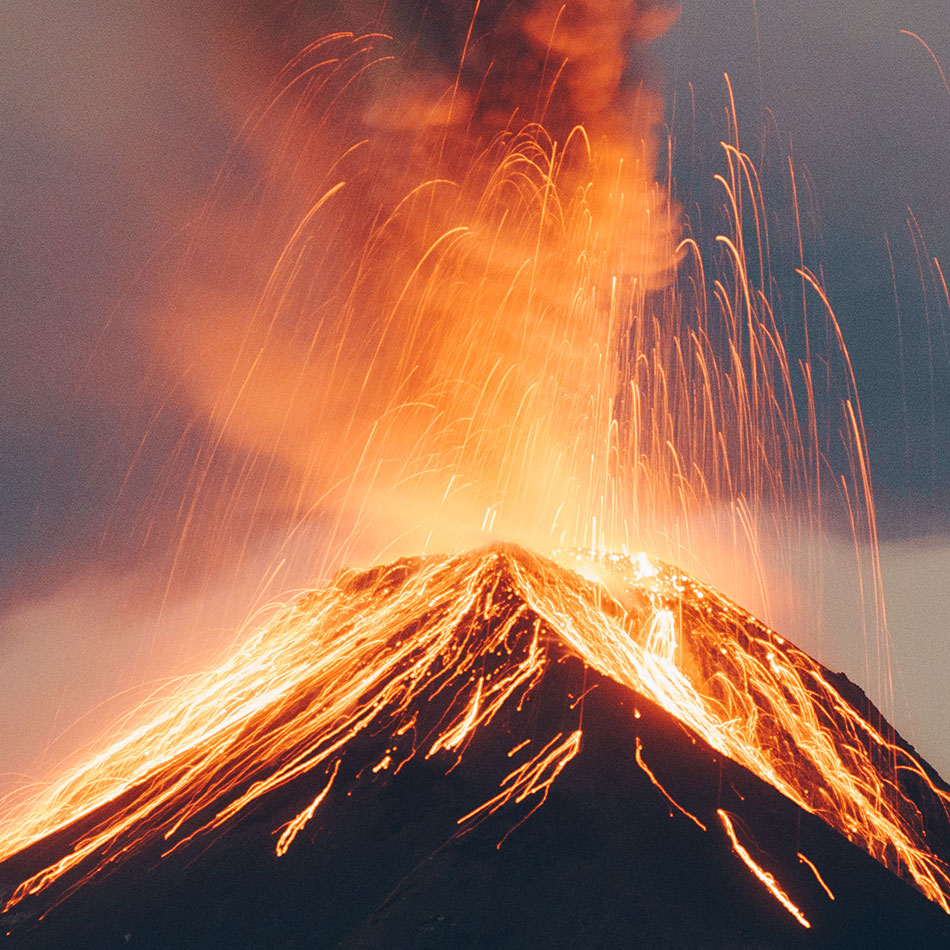 Q: Where does the word "volcano" come from?
A: Vulcan, the Roman God of fire

Q: What is lava?
A: Hot, liquid rock that has come out of a fissure or a volcano

Q: What is magma?
A: Hot, liquid rock deep under the Earth’s surface

Q: In Canada, how many volcanoes are potentially active?
A: Five—all located in British Colombia and the Yukon

Q: What region has 75% of all Earth’s active volcanoes?
A: The Pacific “Ring of Fire”

Q: When was the most recent volcanic eruption in Canada?
A: 150 years ago, in Lava Fork, in northwestern BC

Q: Where is the biggest known volcano in our solar system?
A: 624 km wide and 25 km high, it is the Olympus Mons—on Mars

Q: What volcanic rock do we use to remove dead skin?
A: Pumice

Q: How many potentially active volcanoes are there on Earth?
A: Approximately 1,500 (that we know of)