Make Fireworks in a Jar

Experiment with immiscible liquids to create a colourful, slow-mo show in a jar. 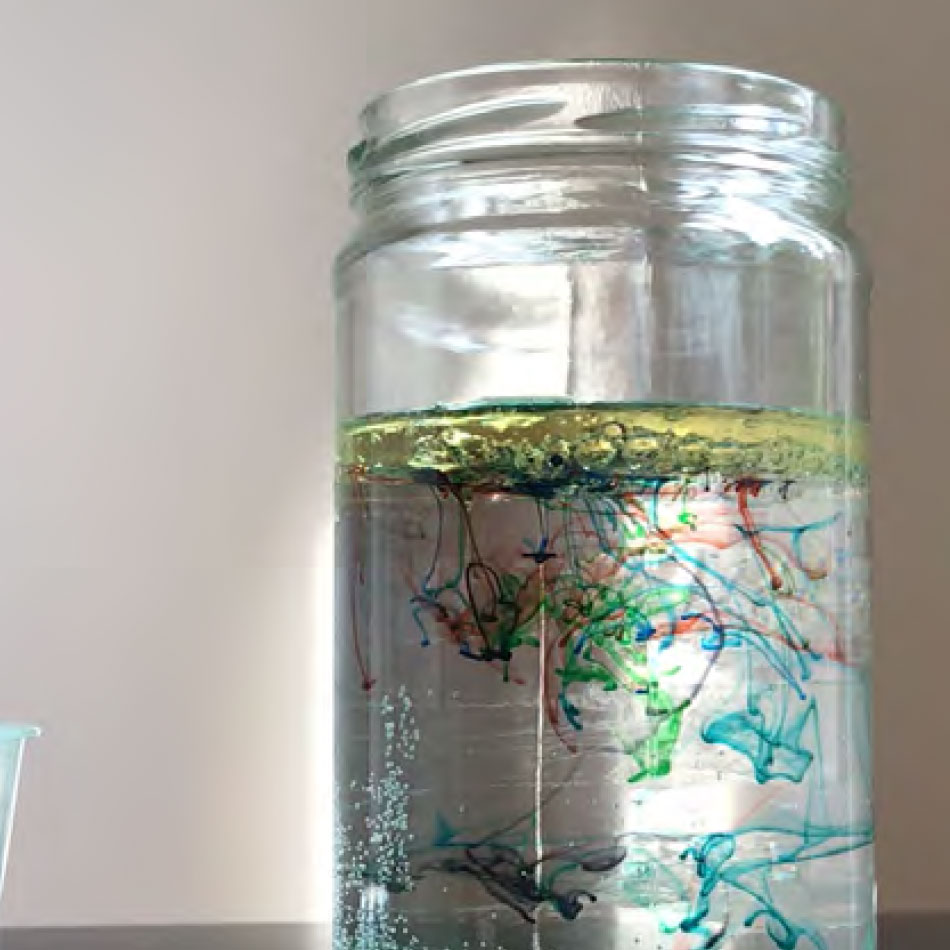 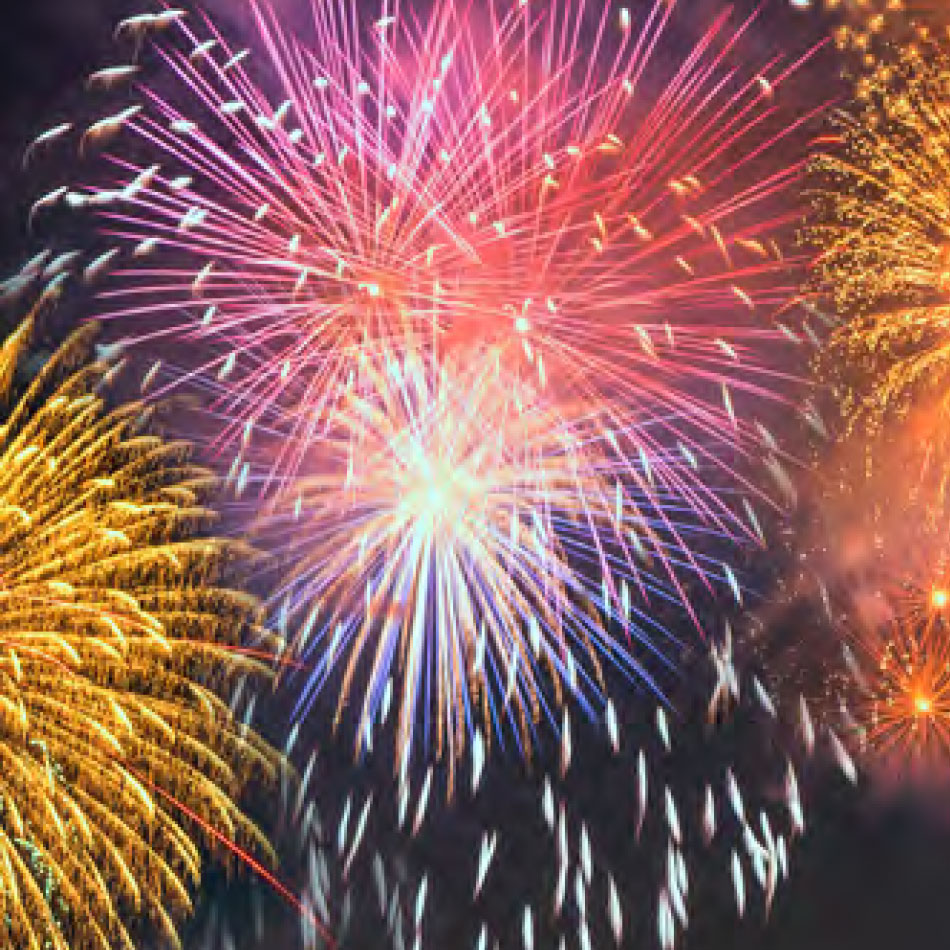 Water and oil are immiscible, meaning they don’t mix.

Oil is made up of hydrogen and carbon atoms, so they’re called hydrocarbons. Unlike water molecules, hydrocarbons are non-polar—electrons are evenly distributed across the molecules—and there is no positive or negative charge. The bonds holding the hydrocarbon molecules together aren’t strong enough to break the hydrogen bonds between the water molecules, and so can’t mix. We say oil is hydrophobic, or “water fearing.”

That’s when things get fancy. The food colouring is denser than water, so it sinks to the bottom of the jar. As it sinks, it begins to mix and slowly dissolve into the water. As the dyes spread out, they leave a trail resembling fireworks.