Required maintenance is happening in and around our building. Please use the rear entrance to visit exhibit halls and live demos. Shuttle service is available.

Learn about the mesmerizing phases of the Moon 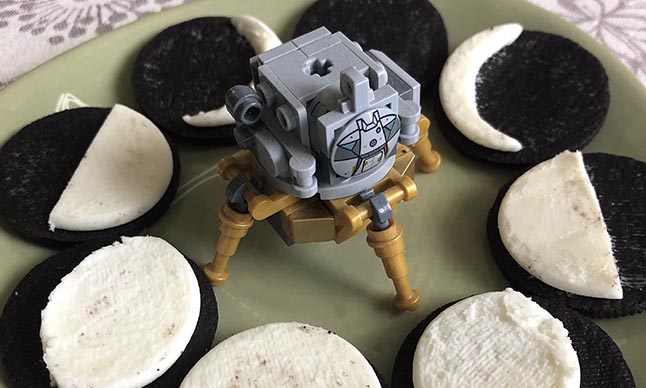 *Safety first! If you use a knife for this activity, be sure to ask a grownup for help. 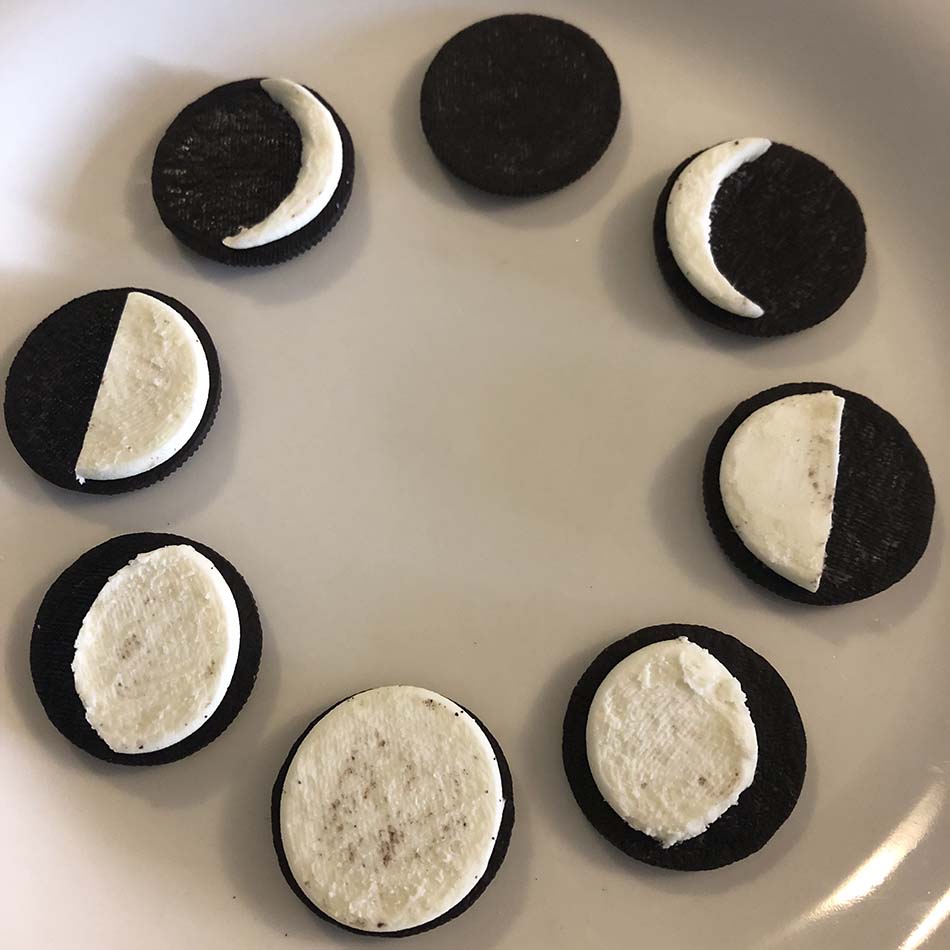 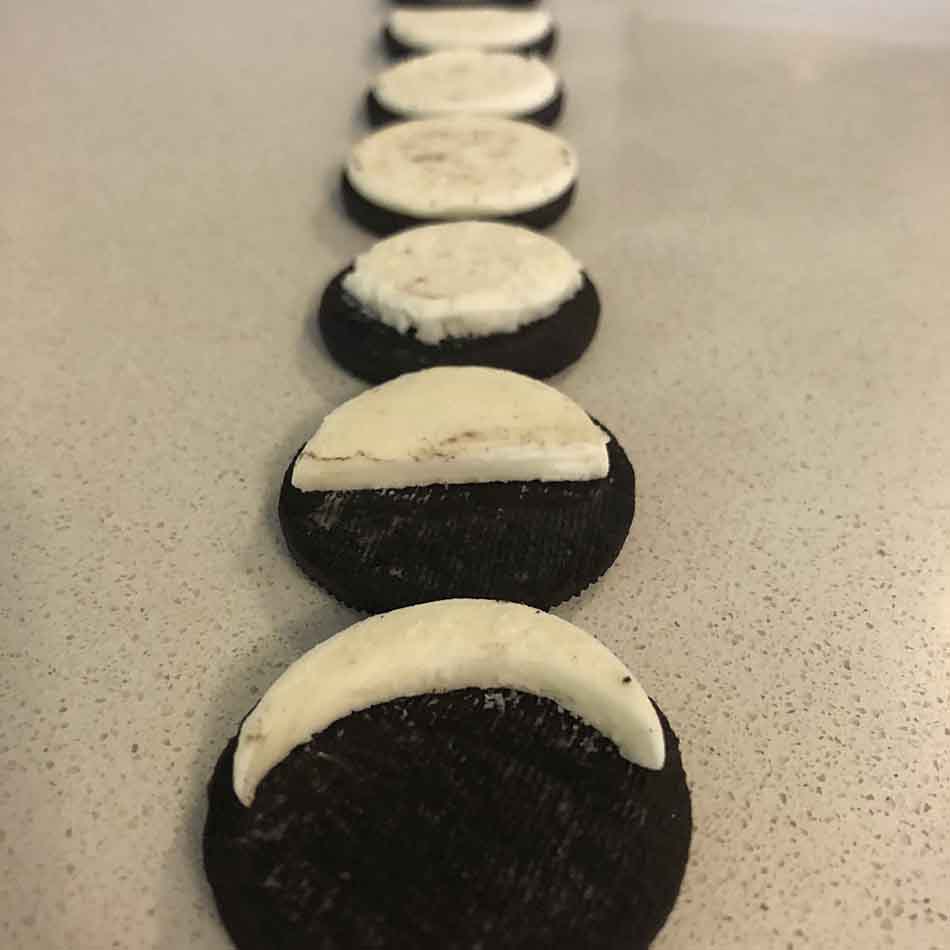 Once you’ve made your Moon phases and enjoyed a light snack, see if you can place the phases in the correct order. Try mixing up your snacks a few times, then rearranging them until you’re familiar with the lunar cycle. You can also write down the names of the different phases on small pieces of paper and then match them to the correct shapes.

Later, put your new knowledge to the test by observing the real Moon in the sky. What is the name of the phase you see? Consider making a sketch and recording the phase and time of day in a notebook. If you make daily observations for about one month, you will see all the phases of the Moon. 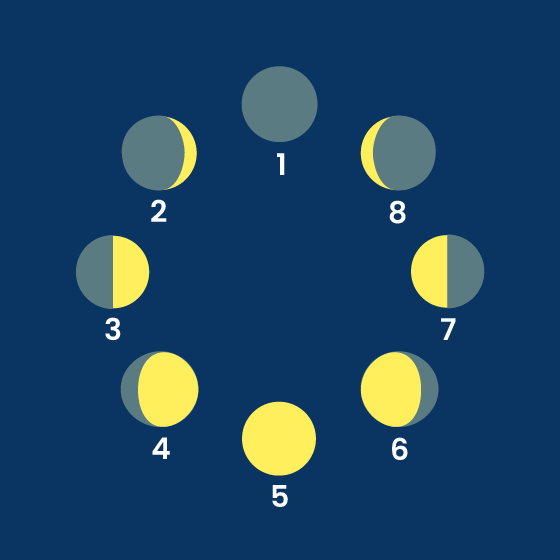 The Moon appears to change because it orbits the Earth. This means it travels all the way around the planet, just like the Earth travels around the Sun. The illuminated surface of the Moon as seen from Earth changes shape as the Moon moves in its orbit. These different shapes are called lunar phases.

The eight moon phases shown in the diagram to the left are:

The Moon itself doesn’t emit light—its surface reflects the light of the Sun. This reflected light is so bright that the Moon can be seen during the day! A full Moon always rises as the Sun sets because in that moment, the two are opposite one another in the sky. When the Moon appears bigger and brighter from one night to the next, it is called a waxing Moon. When it appears to shrink and become darker, it is called a waning Moon.

It takes about one month for the Moon to move through all of its phases and complete a lunar cycle. In fact, the words “moon” and “month” share the same roots. The Chinese, Islamic, Hindu and Hebrew calendars are all based on the lunar cycle. Additionally, Mohawk, Cree and Ojibwe traditions recognize the turtle as an eternal timekeeper and use the plates of its shell to record the Thirteen Moons of the lunar year.* Many East Asian and Southeast Asian communities celebrate the Mid-Autumn Festival, which is held on the night of a full Moon during the harvest. Mooncakes are a traditional pastry of the Mid-Autumn Festival. These tasty round treats would be perfect for the activity above!

Just like our Moon, the planet Venus also has phases—but you’ll need binoculars or a telescope to spot them!